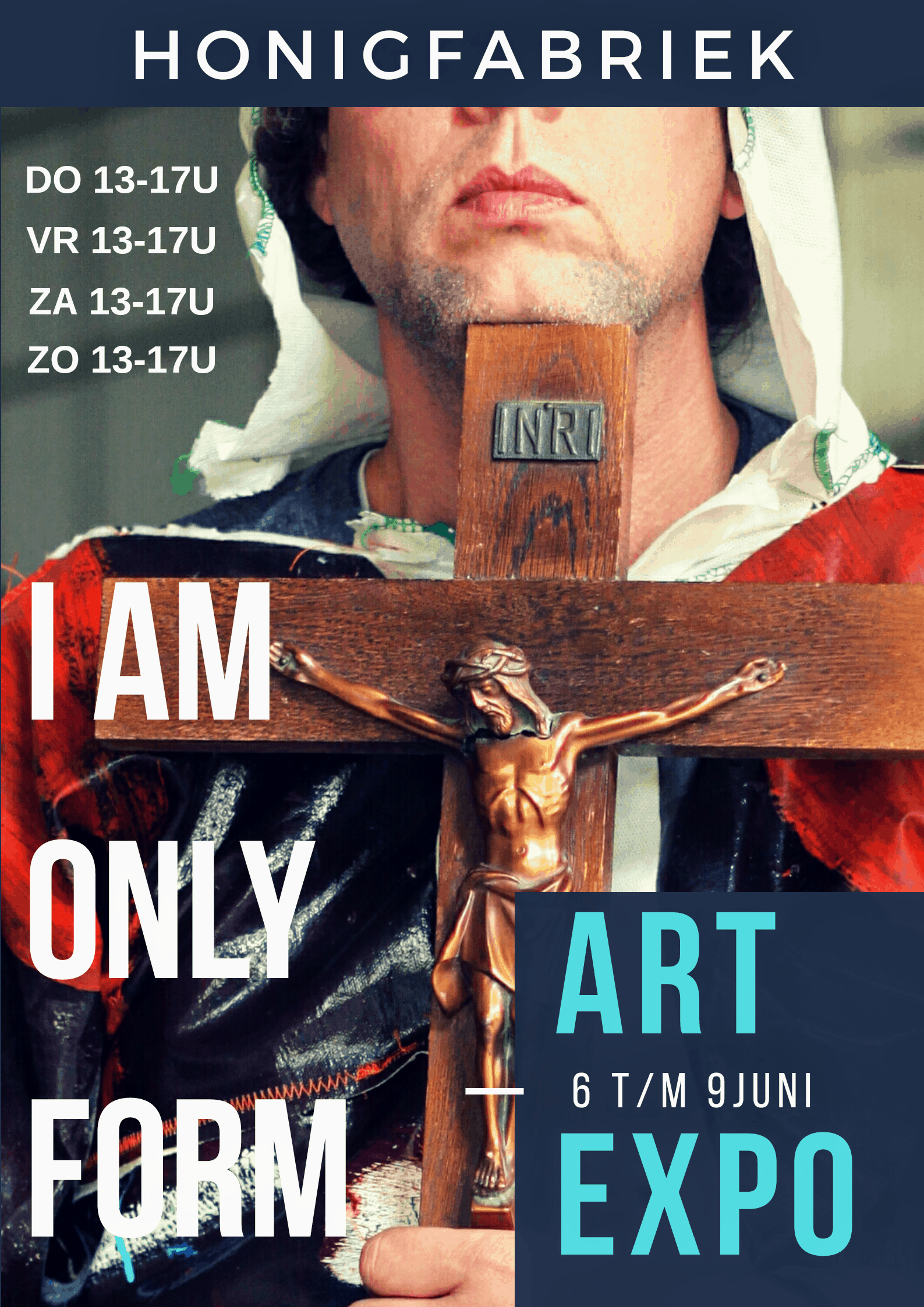 The paintings, objects, installations and performances by artist Richard Klapwijk are about “the FORM”. His own FORM, that of the people around him and those who use the FORM as a means of power.

In the absence of inside, the CONTENT, the game is played only through the outside, the FORM. The FORM appears to be an empty sleeve and appears to replace the inside. And showing a so-called inside seems more important than ever. Via social media the inside is presented as the ultimate form of individuality, integrity and authenticity.

While in the eyes of large companies and governments, the FORM, our data is actually more important than ourselves. Political messages have become finely tuned marketing strategies where the inside, the content, seems to no longer matter.

To investigate this, Richard Klapwijk asks the question:
What is actually my FORM?
And is it actually mine?

The exhibition highlights the different sides of ‘I AM ONLY FORM’ with humor and with speed. Without judging and with a touch of humor, the exhibition provides food for thought.

Man in blue suit visiting own Artshow I AM ONLY FORM

Videoscreen at Artshow I AM ONLY FORM

Man in orange suit visiting Artshow I AM ONLY FORM

On Sunday 9 June, OngehoordTV  closes the exhibition with a talk show in which Titus Salvador interviews the artist.