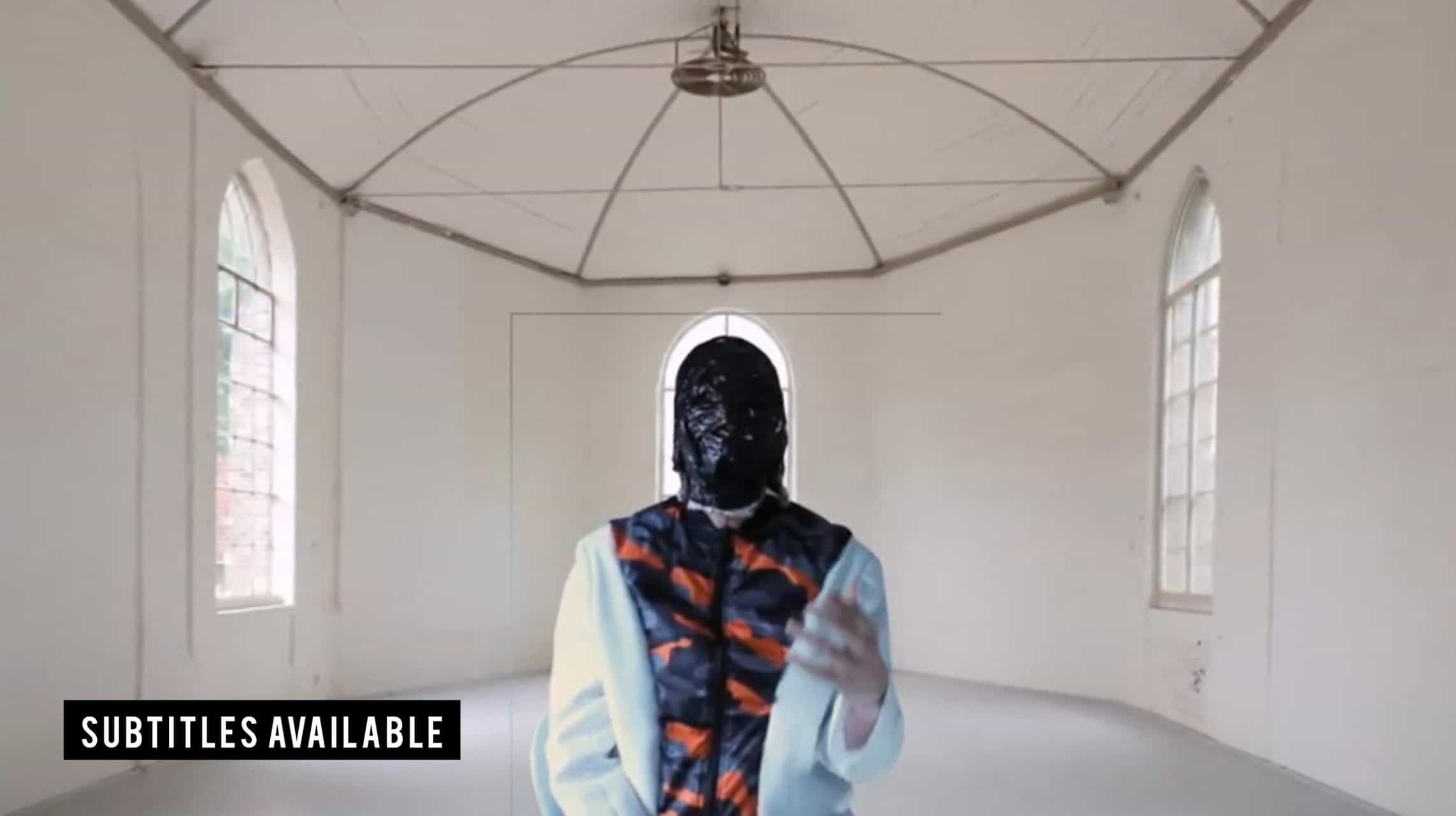 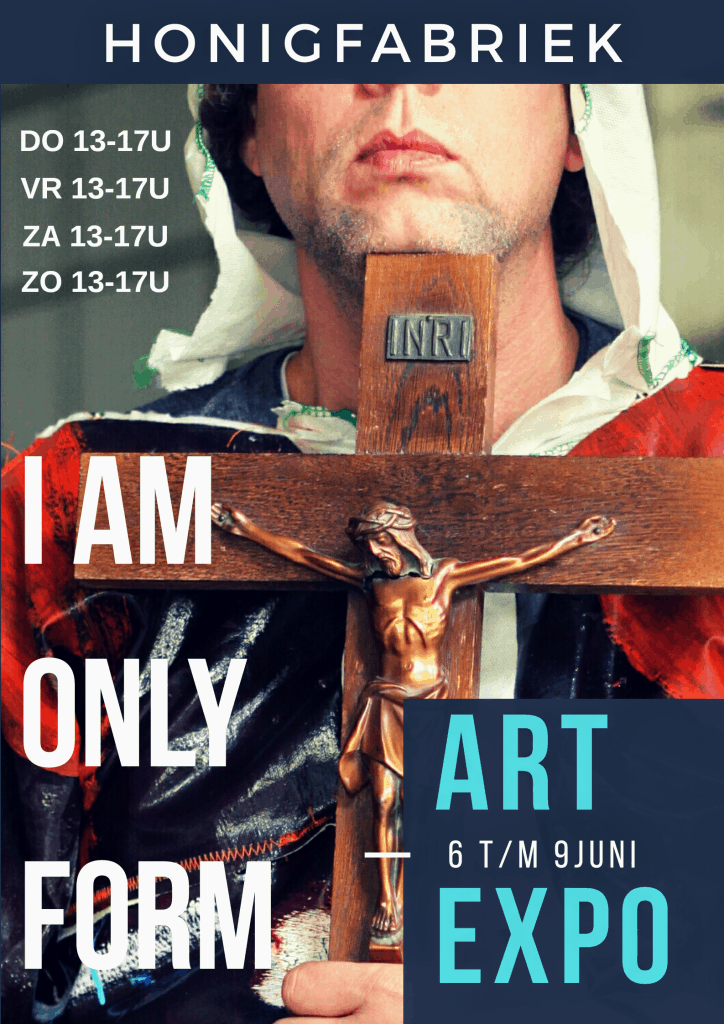 Art Expo Honigfabriek
I AM ONLY FORM

The paintings, objects, installations and performances by artist Richard Klapwijk are about “the FORM”. His own FORM, that of the people around him and those who use the FORM as a means of power.  In the absence of inside, the CONTENT, the game is played only through the outside, the FORM. The FORM appears to 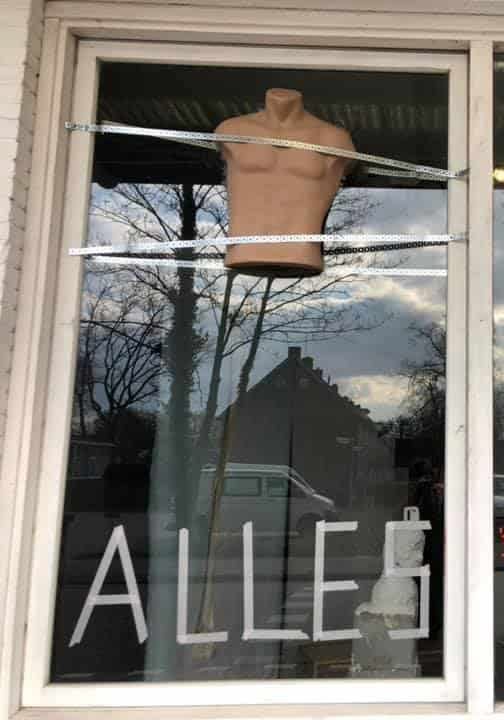 The Show Window expo ‘ALLES IS ALTIJD AF’ in the Honigfabriek is an experimental space where ‘everything is always finished’ . In this case art is always finished. There is no beginning and no ending. Everything is open to the public at all times. Artworks are shared right away. Performances are improvised. Installations are shown 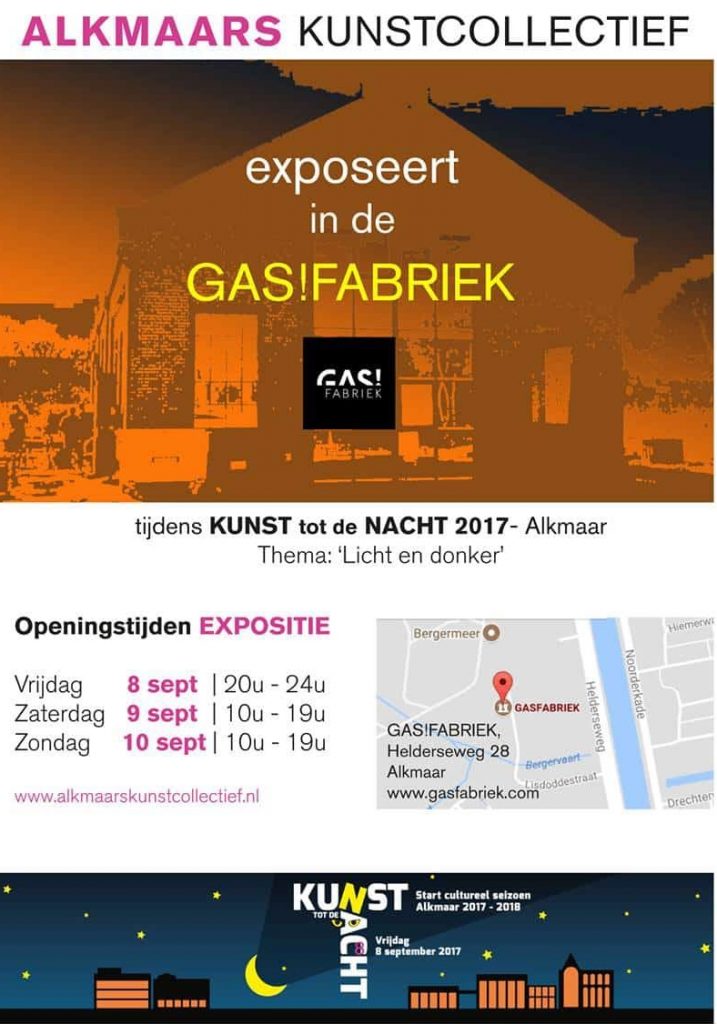 A group exhibition of the “ALKMAARS KUNSTCOLLECTIEF”. The exhibition showed the works of the members of the collective. From paintings, drawings, sculptures and ceramics. Richard Klapwijk’s oil paintings provided an overview of the work he had been working on for theprevious two years. These include penetrating portraits of famous and unknown Dutch people. In addition,

The norm
By creating an unknown reality, I ask questions about what the norm is in everyday situations. And how we as people always try to meet this. How the standard is stretched further and further in extreme situations of life and death.

Intermediate area
With my art I want to create situations where the viewer ends up in an uncomfortable intermediate area. Between true and false. Between reality and fiction. Between beauty and horror. Situations where the rules, agreements and intentions are unclear. An area of “sfumato”. Where I want to force people to decide for themselves what is acceptable and not acceptable. What the standard is.

Monument
My art is anarchist anti-authoritarian and questions every power relationship where possible. It can be about daily life, but also the world of economy, science, religion and politics.

Ultimately, I want to create a monument for the people who succumb to the effects of power structures on a daily basis all over the world.

Going up in smoke

"A willingness to embrace ambiguity, paradox and uncertainty"

from The seven principles of Creativity

The video and live performances by Richard Klapwijk are about power, status and how this is gathered and consolidated. By watching the live or video performances the viewer is  sucked into a absurd world.

A world where the border between light fantasy and harsh reality has faded. The viewer balances between: Is this real, should I take this seriously, is this the intention, can I laugh about this and what do I actually look at?

Thrown back on itself, the viewer must ultimately choose for himself. Do I dismiss this as humorous entertainment or does it encourage me to look critically or even to act? 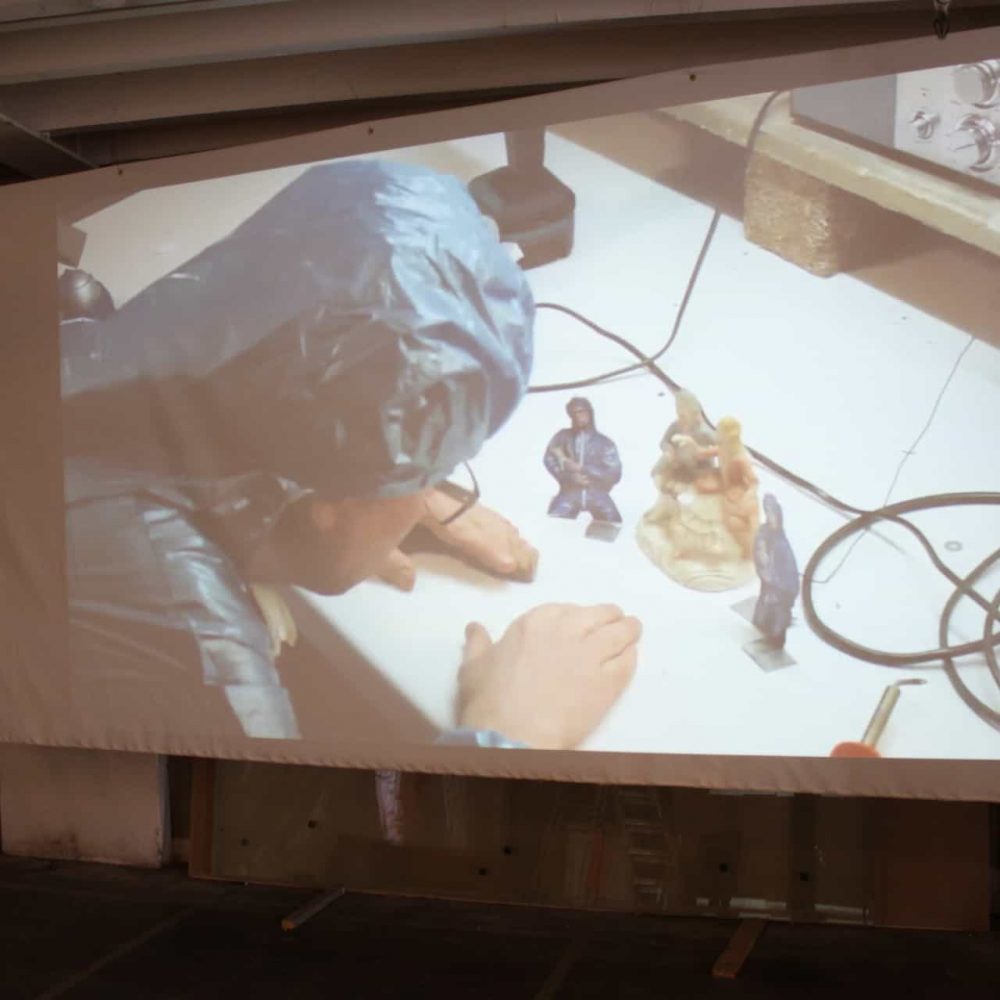 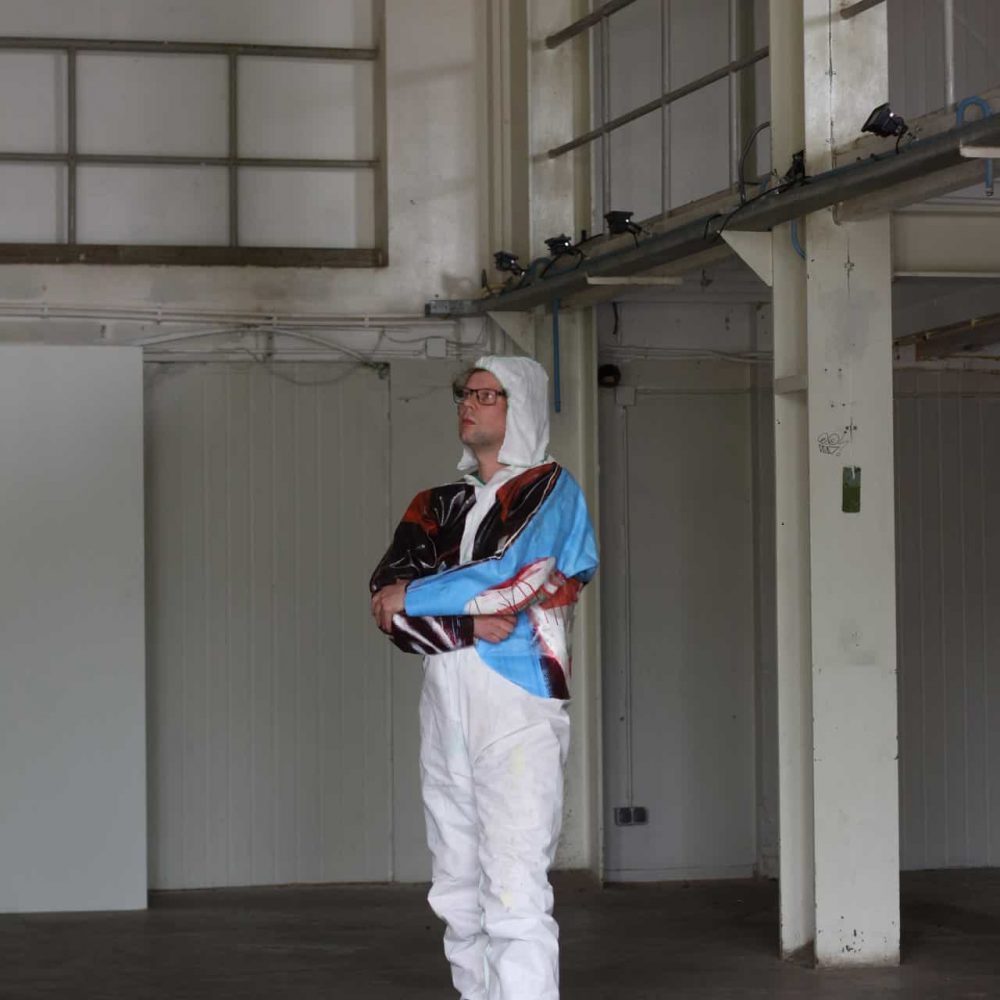 Video performance at the Honigfactory 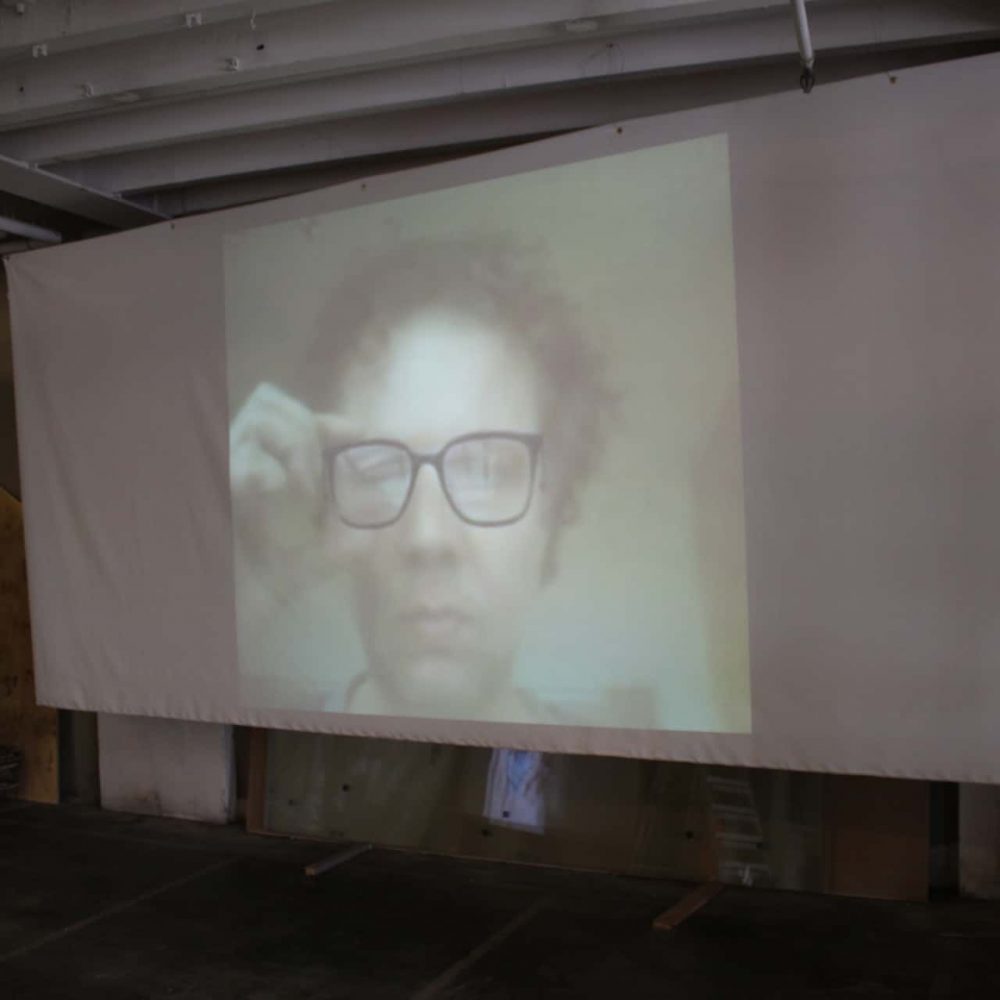 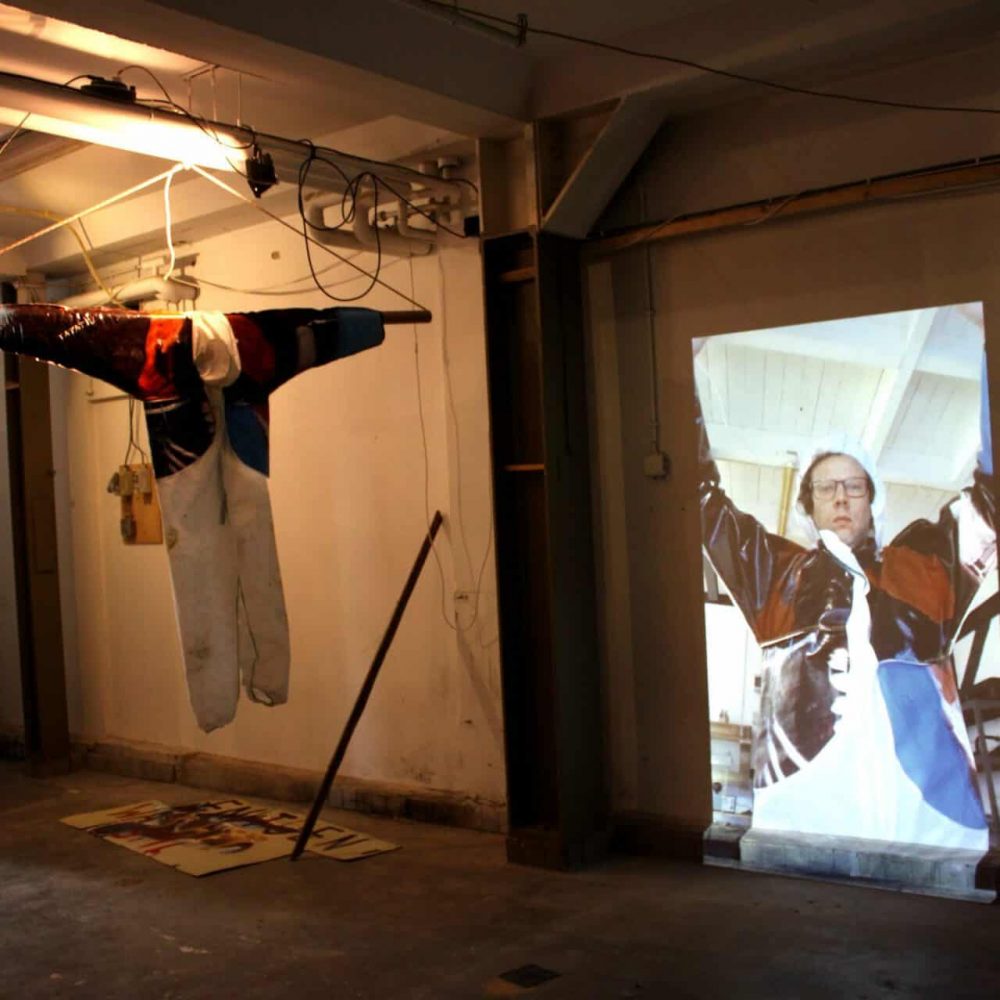 Fitting sessions in the privacy of the artist’s studio 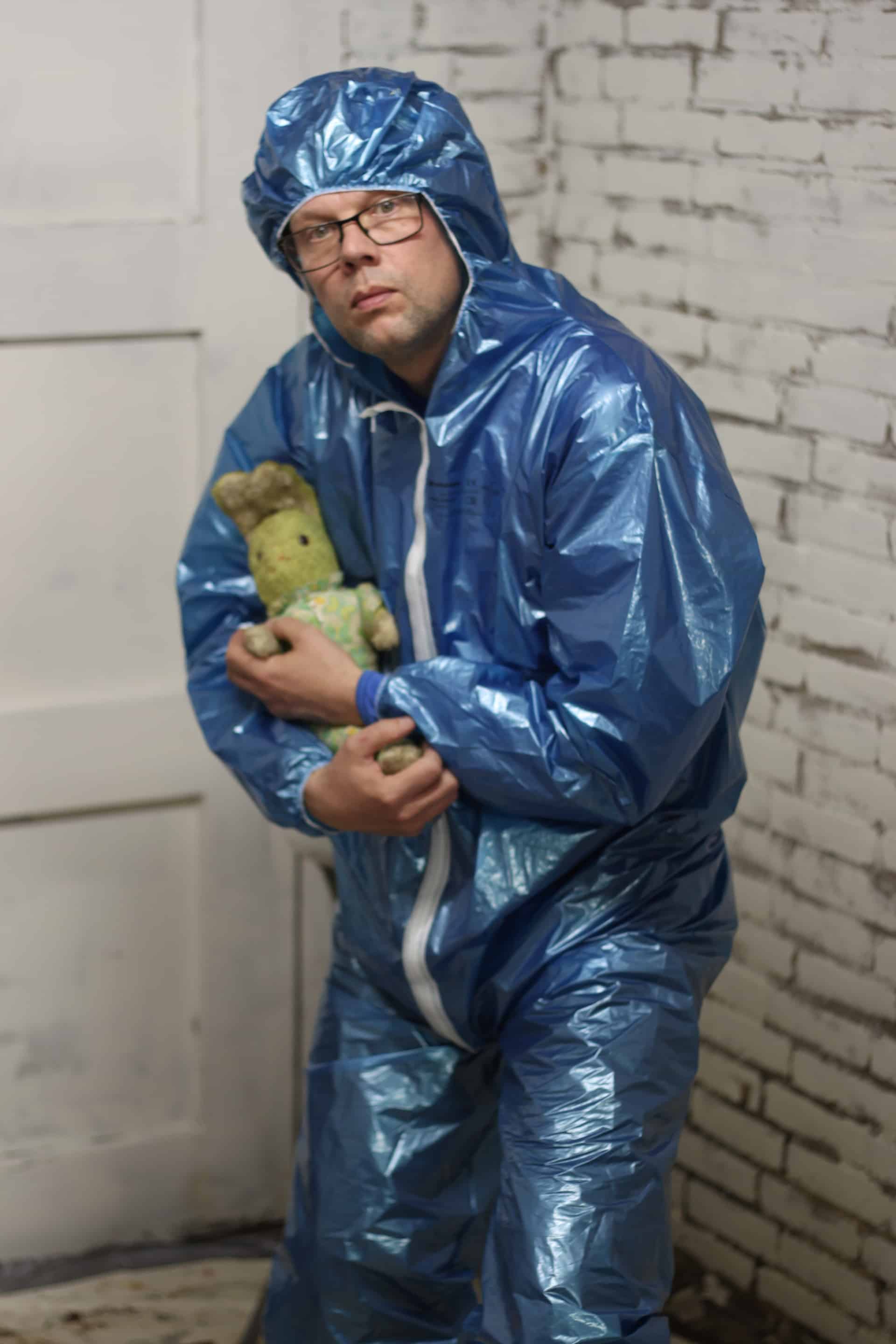 Richard Klapwijk’s paintings are about extreme situations, trying to take the viewer to an area of transformation, from life to death. The area where the norm least defined and where it is generally stretched the most.

These are situations where farewell, loss and pain can be felt most strongly. Where the power is usually the worst distributed.

In this way he forces the viewer to make choices. Is the proposal acceptable or not? Am I doing something to fix the situation or am I letting it go?

He forces the viewer to think about what happened and with that every painting is at the same time a monument to the people who succumb daily to the consequences of our choices. 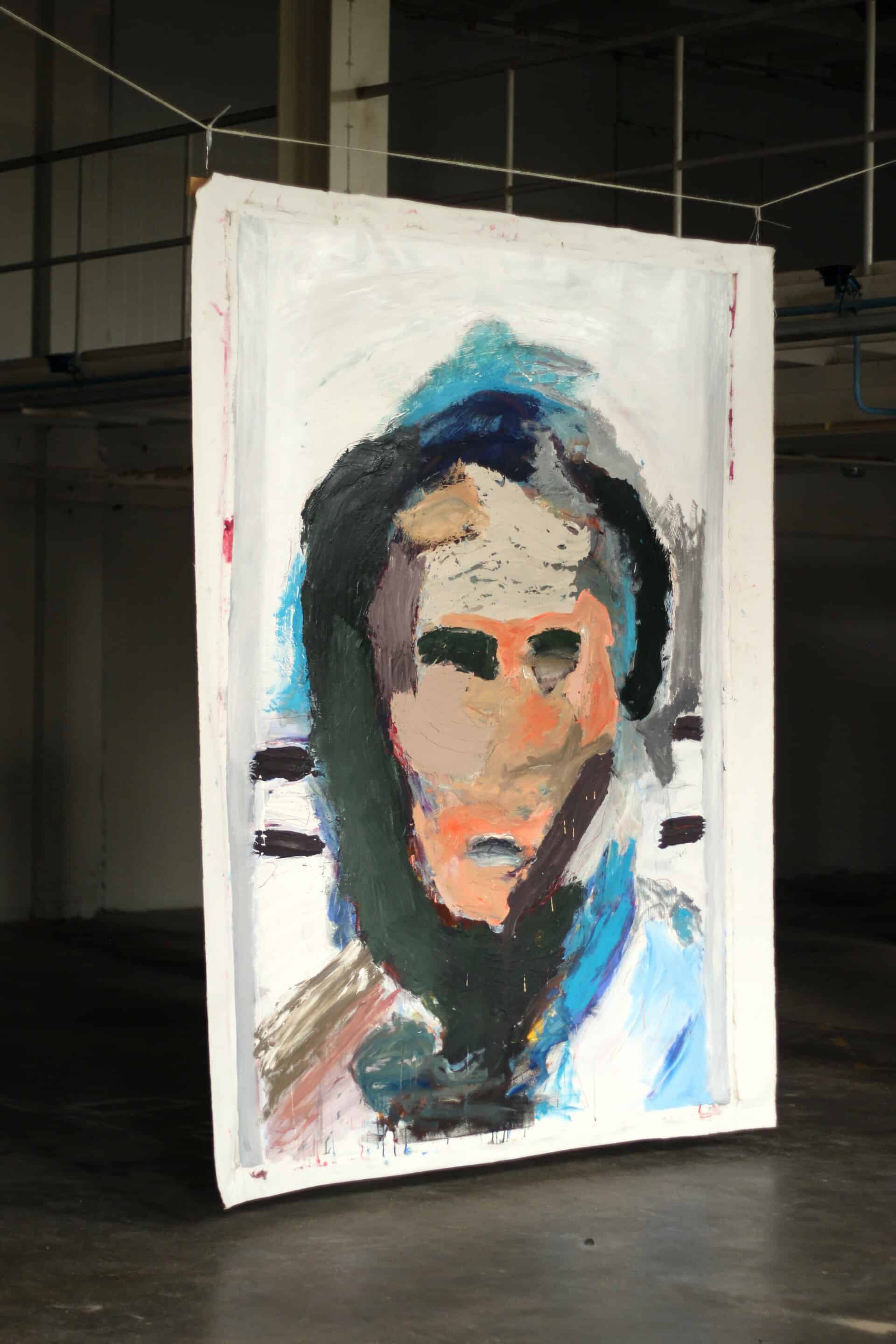 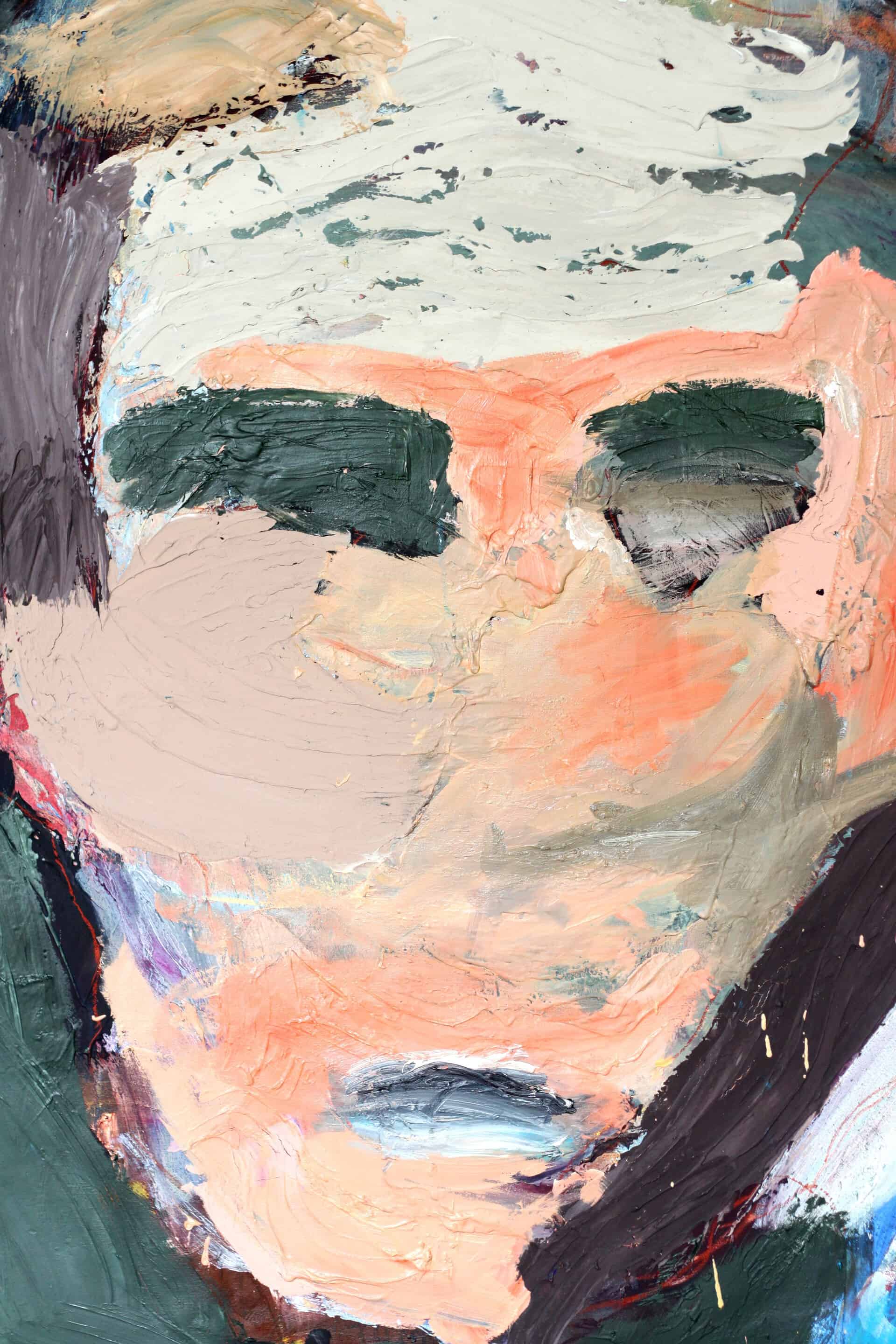 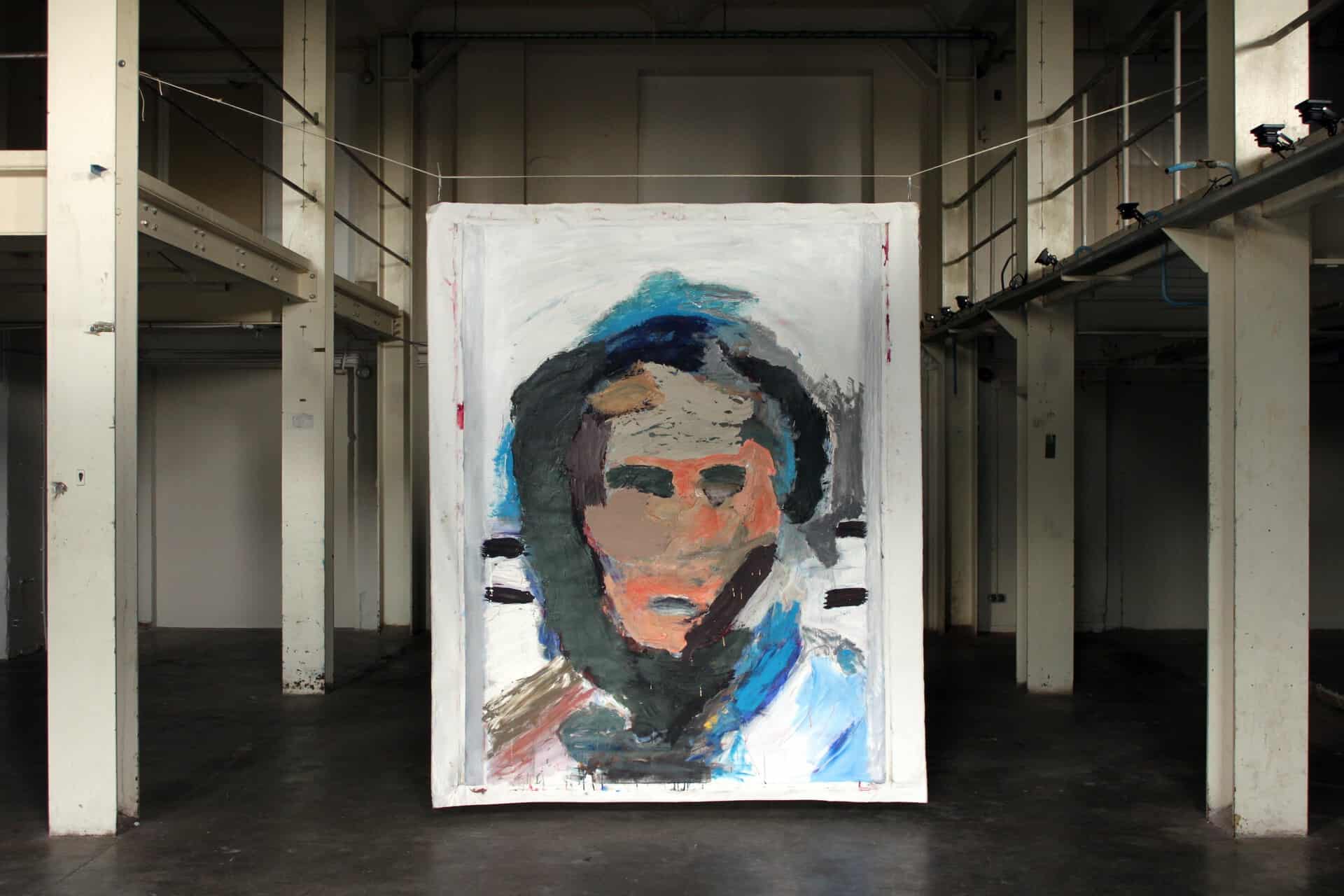 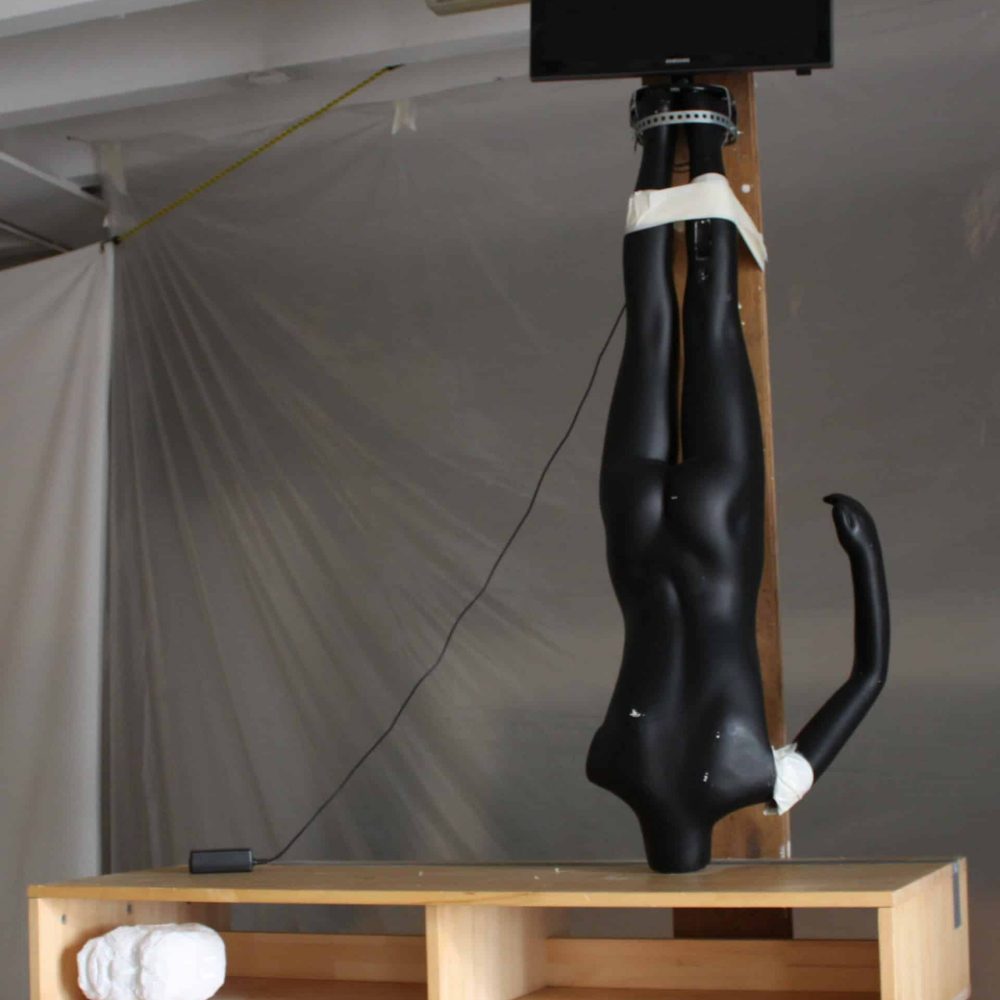 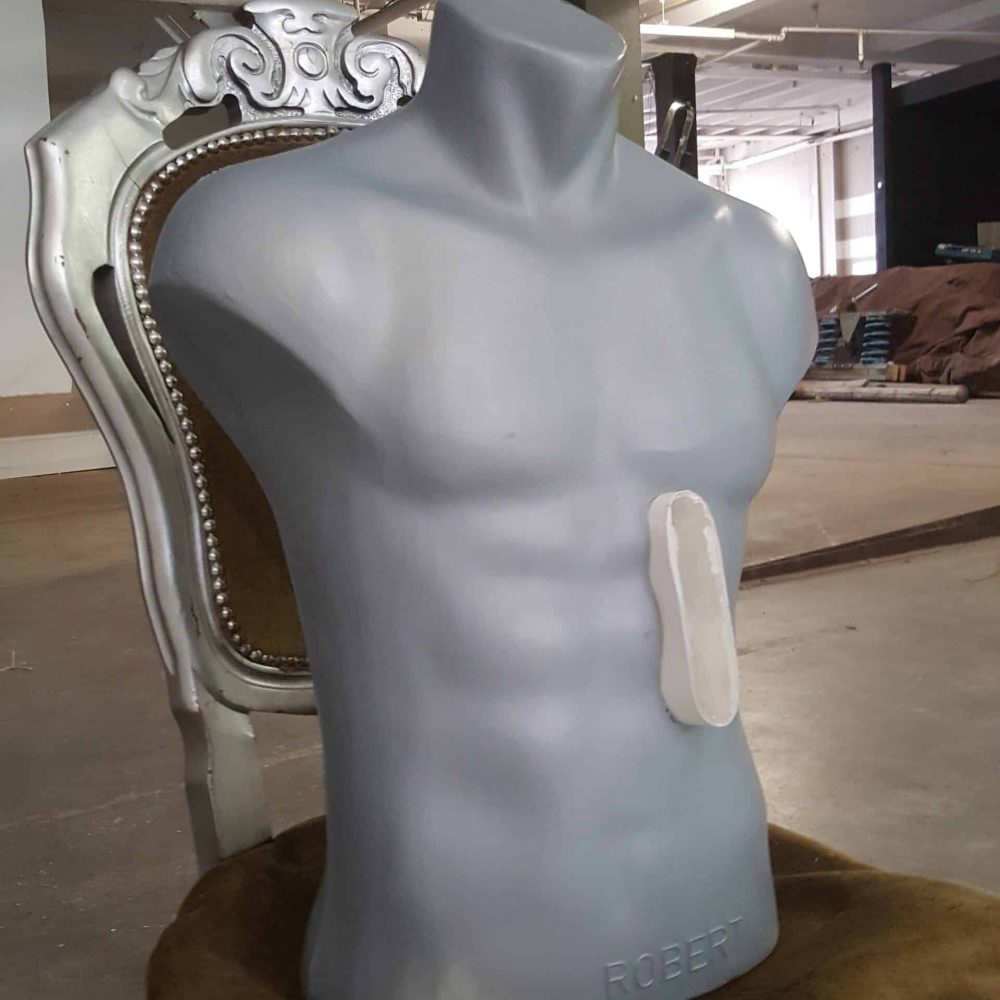 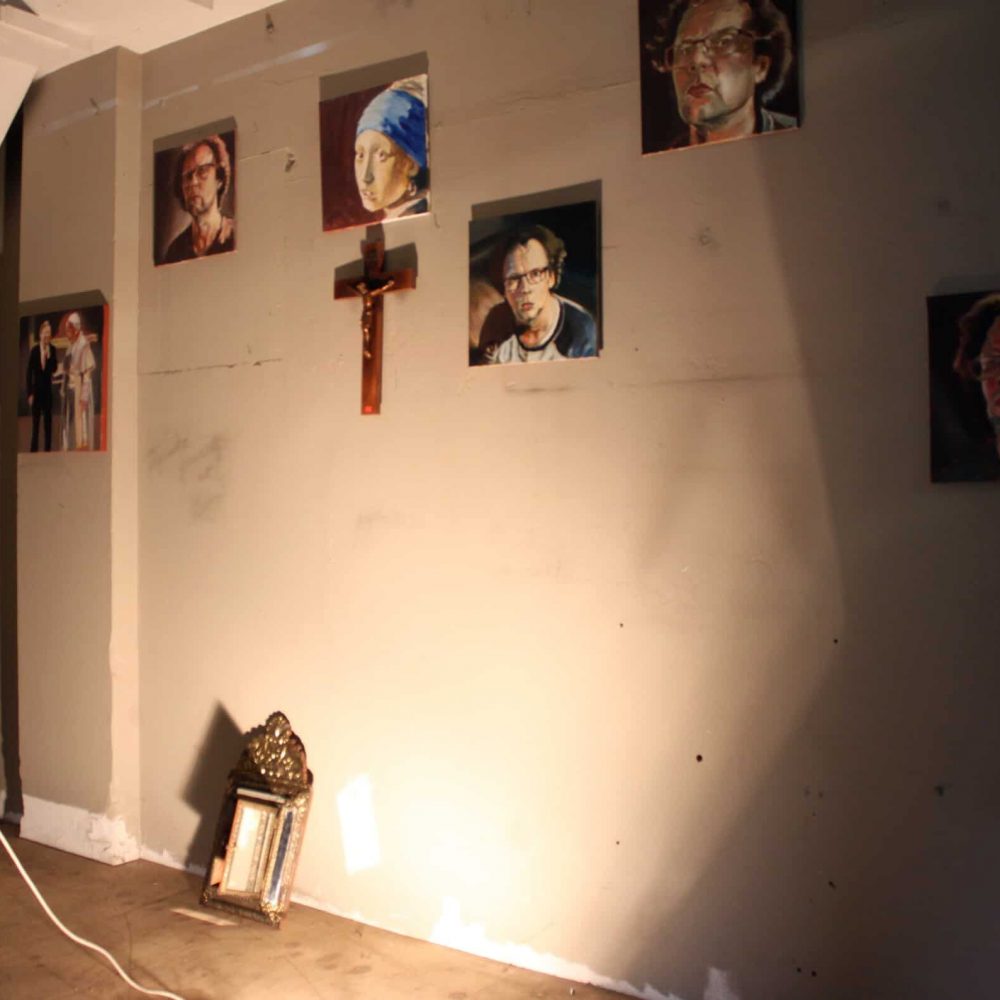 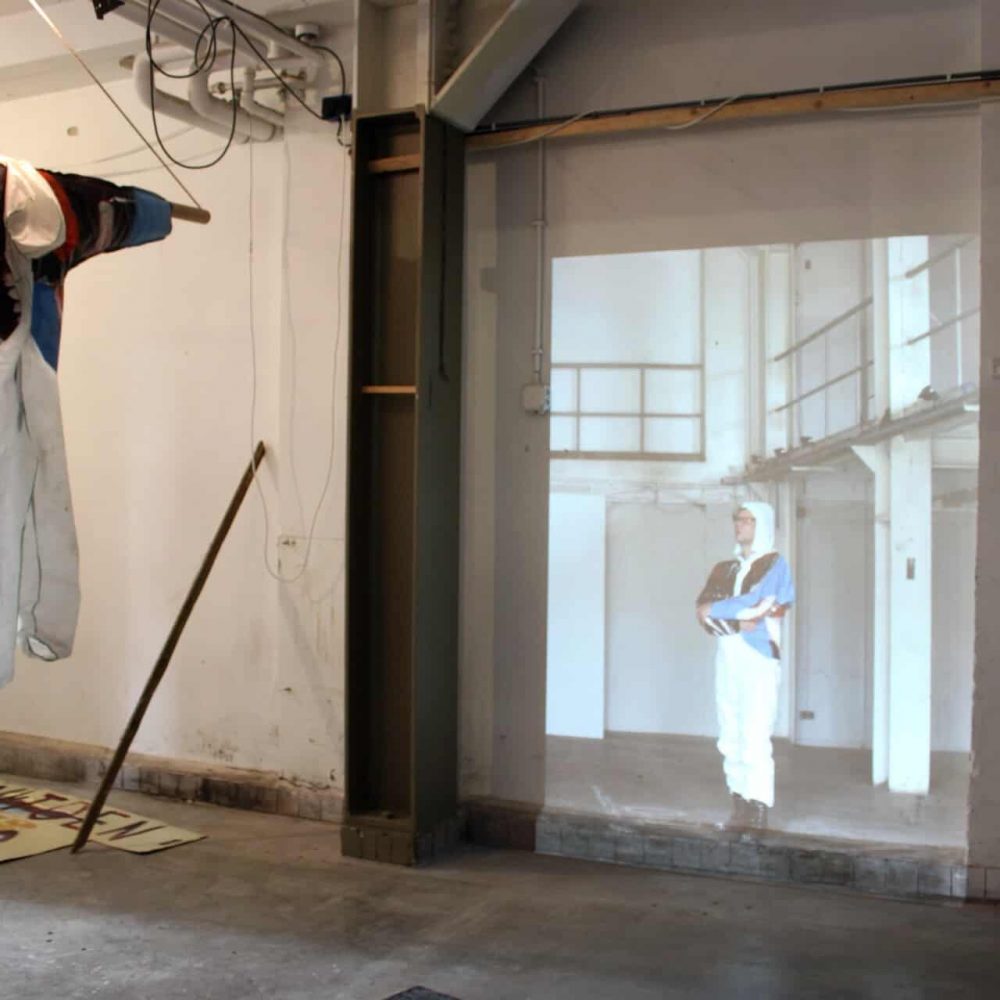